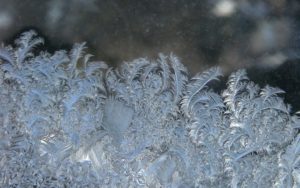 February, the month of love. It should be the best month for a romance author, right? Not really. It’s also the month of Jack Frost and let me tell you he’s putting his foot down around here. So I’ve been dealing with a whole lot of cold and snow. Two and a half feet of new snow, just to be clear.We know that because by the end of January all the (two inches) of snow had melted. So yeah, I’ve spent more time than I’d like shoveling the snow and shivering.

That said, things are heating up a bit with Puck and Breezy. I know I should be editing In Due Time, but they want to tell me about God of Mischief. So, when I’m not too cold to type, I’ve been writing about the time that Breezy actually got one over on Brigid. This could be interesting.

I’ll be honest, I’m just not in the mood to deal with the issues brought up in In Due Time. It’s a bit heavy. I mean, sometimes as an author you just have to be so mean to your characters. Stories don’t come from the times that everything goes according to plan. A vacation that goes according to plan is good, fun, and relaxing, but the one where everything that can go wrong does gets talked about for years. The same is true for our characters. In Due Time is a tale of things that don’t go according to plan. It’s a story where consequences come home to roost. It’s full of those kinds of feels.

God of Mischief on the other hand is a story about dealing with the consequences. It’s after the plans have gone to shit and our lovely tricksters get to figure out how to move forward. A fairy and her lover have plenty of options. It’s not all sun and roses, but it’s a lot lighter.

So for all you Puck and Breezy fans, you can safely pick up In Due Time when it comes out with the knowledge that God of Mischief is also on it’s way. Assuming the polar vortex eventually lifts and I don’t freeze solid.